After a successful 20 year career in pro wrestling, and as a four-time TNA Impact knockout, ODB went from knocking people out in the ring to knocking them out with her signature whiskey sauces.

ODB developed a line of whiskey-based sauces bbq and hot sauce. ODB traveled around the country in her airstream trailer promoting her sauces at all the big bike weeks including The 75th Sturgis.

Taking her life long passion for cooking and meeting people, she launched ODB’s Meat and Greet Food Truck at Daytona Bike Week in 2017. ODB’s Meat and Greet serves down-home barbecue. ODB smokes her own pork butt for 10 hours in her personal “big ass” smoker. Her top seller is The Pork U Nachos.

The Meat and Greet name has a dual purpose. You are greeted with a whole lot of good meat. And secondly, you’re getting a memorable meet & greet experience.

ODB got back in the ring with Impact Wrestling, appearing on television, as well as appearing for the National Wrestling Alliance for the last four months while waiting for her new food truck.

Cooking has always been a life-long passion of Jessie Kresa, also known as her pro wrestling personality, ODB. “I’d always been into cooking since I was little, cooking and camping and entertaining people.”

ODB made an appearance on Joey Fatone’s cooking show, “My Family Recipe Rocks.” On the episode, she invited the former N*SYNC baritone to the mobile home park in Clear Lake where she’d been living in her Airstream, showing Fatone how to rustle up bean dip, walking tacos, and bloody Marys using only campground wherewithal. It was a magnanimous performance, and soon after, Pepper Palace, the number one hot sauce manufacturer, reached out to her and wanted to work together to make an amazing sauce of her own.

She developed a line of whiskey-based sauces, and is relaunching her ODB’s Meat and Greet Food Truck thanks to help of friends in the pro wrestling community, supporters and fans, after her original food truck burned to the ground on September 7, 2019.

ODB has been widely covered throughout the nation including features on Joey Fatone’s My Family Recipe Rocks, Sirius XM’s Busted Open, Miami Herald, Newsday, FOX 9 News, and many more. ODB is followed by over 244,500+ followers throughout her social media accounts. 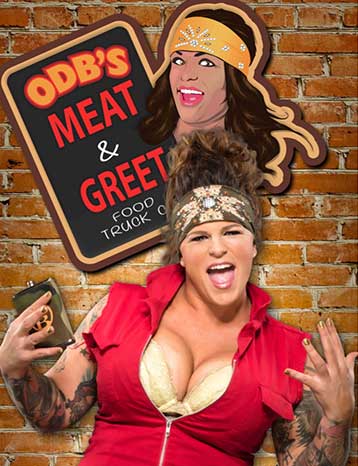 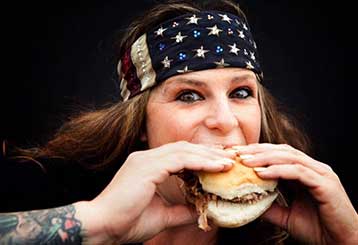 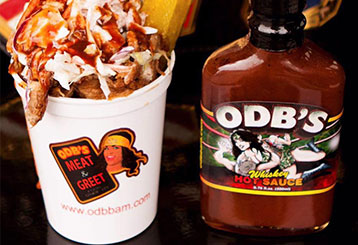 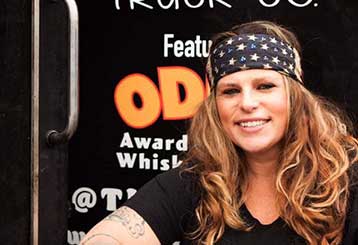 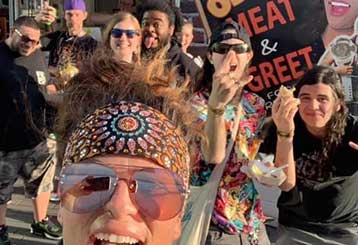 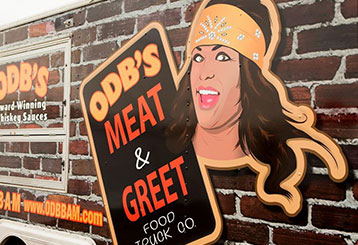